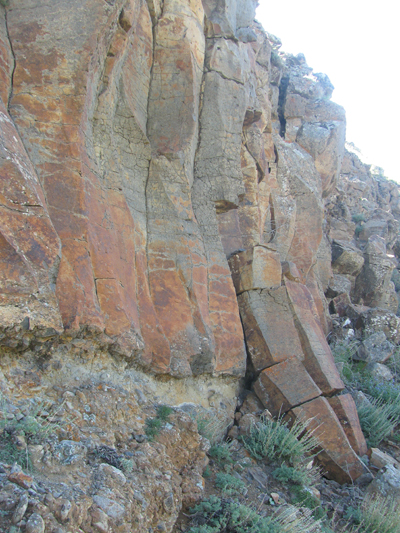 The basement of the Hangay Mountains consists of Archean to Early Proterozoic metamorphic rocks unconformably overlain by Cambrian to Devonian strata. Both the crystalline and sedimentary rocks were intruded by Permian and Jurassic granitoids and deformed during a major Late Paleozoic compressional event. Oligocene to recent clastic rocks that include paleosol sequences are commonly intercalated with volcanic flows in small basin depocenters in the center of the dome and along its flanks.

Within the Hangay Dome there are over 200 distinct Oligocene to Holocene volcanic centers and associated alkalic-basalt flows. Ages range from 33 Ma to 5 Ka, and occur over a vertical range of nearly 2 km. The flows show increasing amounts of tilt on the flanks of the Hangay dome, due to uplift post emplacement. The origin of the volcanic rocks has been attributed to magmatism associated with a deep mantle plume or melting of metasomatized lithosphere. Many of the volcanic centers contain abundant mantle and crustal xenoliths.

Some of the world’s largest recorded intracontinental earthquakes have occurred in this portion of Mongolia, including four with magnitudes >8 during the 20th century. These large events occurred on major strike-slip and thrust faults exposed north, west, and south of the Hangay dome. Faulting in the Hangay dome itself is marked by modest predominantly normal-style displacements. 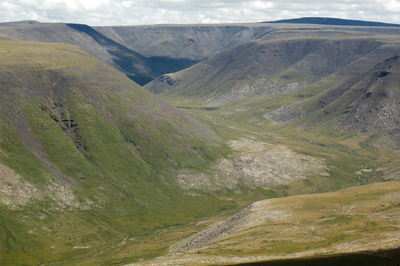 The Hangay Dome is capped by a regionally extensive, paleo-erosional surface of inferred Late Cretaceous age. Surface correlation with counterparts in the basins south and west of the Hangay suggests that it has been uplifted ~2000 m and the surface morphology of the range suggests that the doming and uplift is relatively recent. The continental drainage divide separating waters flowing into Lake Baikal and the Arctic Ocean from waters flowing into the closed Mongolia Depression of Lakes and the Gobi Desert is a northwest-trending belt of flat- topped peaks running across the axis of the Hangay Dome.